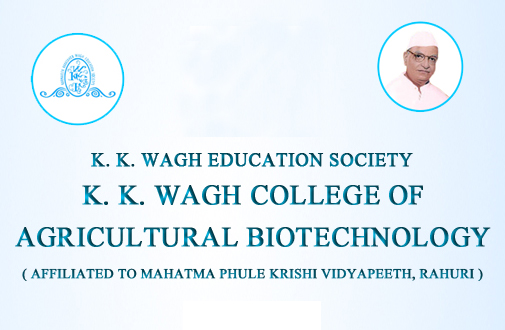 I am a proud alumnus of K.K. Wagh College of Agricultural Biotechnology (KKWCABT), Nashik and studied B.Sc. Agricultural Biotechnology in the 2011-2015 batch. In 2015, I received a scholarship from the European Union to study M. Sc. Biotechnology in Finland. I feel honourable to have received this opportunity of fully funded higher education in a foreign country. However, I believe that my education in KKWCABT has played an important role in making me capable of such an opportunity. Later, during my master’s education, I continued to explore my interests and gained Biotechnology training from institutes in Lithuania, Germany and Denmark on different topics. Currently, I have completed my master’s education and I am preparing for a Ph.D. in Astrobiology (which is another one of my interests) and/or Biotechnology. I believe there is still a long way to go and many more things to achieve.

Finally, I would like to share a message to all those students that might come across this story. If you have a passion, an interest, don’t let it go just for the sake of good scores. Of course, you need to study hard and gain enough knowledge in order to excel in your field of interest. Good scores can take you high, but knowledge makes you great. So, keep doing what excites you. Keep learning, keep growing!

Vaibhav Dilip More born in 27th August 1990 in Nashik. Vaibhav belong to a middle class family. My father is professor and mother is housewife. I studied in St. Lawrence High School till 10th and completed 12th science in 2008 from KTHM College Nashik. I graduated from K. K. Wagh College of Agricultural Biotechnology in 2013, Nashik. I worked as a trainee in Share Khan Ltd, Mumbai in January 2011- March 2011. Worked in Mahesh Exports, Mumbai from April 2011-July 2011. Started a Startup company V. M. Bricks Industries in September 2011 to March 2012. Completed a certificate course in Patent Analysis from Delhi. Worked in Franks International as a trainee Patent Analyst. Started a company in the name of Sahyadri Agro Industries on 27th Aug 2013.

I am very thankful to good teachers and supportive staff and management who supported and identified my potential and helps out of the way during different difficult conditions.